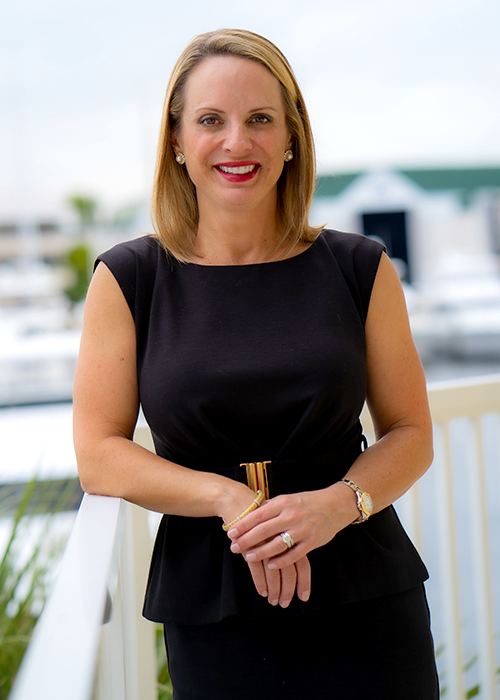 Jaime Bollinger was inspired to become a CFP® after spending years in the accounting and tax industry. She worked for Arthur Andersen, LP in New York City as an auditor and later joined her father, Robert Susko, in his tax practice. Jaime recognized the need to serve her clients beyond her role as a Certified Public Accountant.

Over the years, she observed how uncomfortable her clients were discussing their finances and how underprepared they were for their own retirement. What kept her awake at night though, was how dependent one spouse typically was on the other for handling all the household finances. She noticed traditionally this role fell upon the husband. Since women typically outlive men, she saw too many widows grieving the loss of their spouse while simultaneously trying to put the pieces of their financial puzzle together. Jaime vowed to change this trend. This goal, coupled with her passion for helping others, is what motivated her to prepare for and pass the Certified Financial Planner exam.

She now works with her clients to identify their goals and dreams and assists them in navigating their individual roadmaps strategically and efficiently towards financial well-being.

Jaime is a licensed CPA in both Florida and Pennsylvania. She received her Bachelor of Science in Accounting from The Pennsylvania State University. While there, she was an active member of the Delta Delta Delta sorority and served as treasurer for the Panhellenic Council. During the spring semester of her junior year, Jaime studied abroad in Lyon, France at the Université Lyon – Claude Bernard.

Jaime is a native of Allentown, PA, but has called Naples, FL home for the last six years. She, and her husband Rob, have three children and a Cavalier King Charles Spaniel named Scout. Jaime enjoys traveling, boating, and cooking.